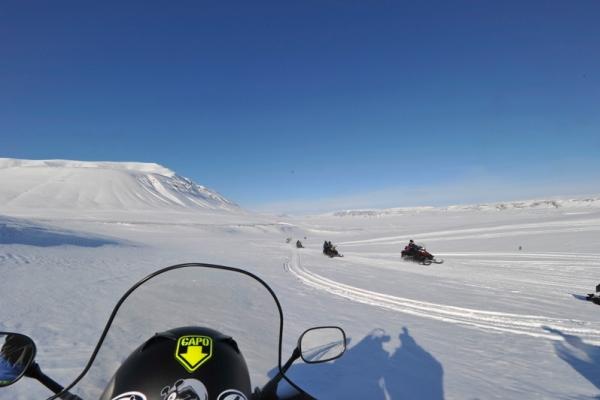 CAPO takes us back in time, since it comes from a group of friends’ passion for motorcycles.
Aldo Drudi (the Champions Designer), Sergio Sgrilli (the comedian from the TV show Zelig) , the Dakar racer Toni Merendino who also is the Moto GP Team Manager, the journalist Giovanni Zamagni, the photographer Gigi Soldano.
This dream was born during enduros and rides, from the desire of having motorcyclists ride from North Cape to the Cape of Good Hope in order to describe the north and the south of the world but also to take some care of those who need help.

CAPO TUNISIA
The initial idea was divided into several short journeys, i.e. the first test done in Tunisia in 2006 during which the team had to face sandy dunes, almost reaching Lybia’s borders.
The story of this journey was broadcast by Sky
CAPO TANZANIA
With the second experience in Tanzania in 2008, following Valentino Rossi’s willing, a tap was brought to symbolize the “Beginning of the works”; the aim was to build a shelter house for the mothers of the sick children of the Dar es Salaam hospital. This was done in collaboration with CESVI, and supported the association HARAMBEE.
On this occasion, new friends met: Marco Silvestri, Paolo Cevoli ND Danilo Vivan Cameraman for Controcampo Produzioni. From Italy, the event was supported by Marco Simoncelli, Elena Di Cioccio, Fabio De Luigi, and Claudio Bisio.
The documentary film was broadcast by Sky twice and once by Italia 1 channel.
CAPO SVARBALD/KENYA
A new project in 2010, CAPO SVARBALD/KENYA.
CAPO team members have just come back from their 10-days’ journey in Kenya.
Sergio Sgrilli, Marco Silvestri, Paolo Cevoli, Toni Merendino and Aldo Drudi have fulfilled the mission that Valentino Rossi gave them, while he was recovering from shoulder surgery.
Finding a cube of pure ice.
Not an easy thing to do.
On the advice of WWF, the team members moved to the SVARBALD (in the Arctic circle) where they employed snowmobiles and husky-driven sleights to get into the total white until they found the IDEAL BLOCK OF ICE.
But… what for?
“It’s a symbol! Fetch it to those who need it in Africa”, Valentino said.
The Tema members rode their motorcyles Yamaha Supertenerè to reach the town of Kisii at an elevation of more than 1500 metres above the sea level, on the wonderful Kenian slopes, where the agricultural project Farm for Hope is located, managed by ARCHE' and supported by MEDIAFRIENDS.
1400 kilometres from the chaotic traffic of Nairobi towards Lake Victoria, down the legendary Rift Valley, riding on paved roads and tracks of red soil, under a burning sun and torrential rain.
During their journey, the Team got in touch with other realities, such as the Bonyaiguba DOC Primary School in the district of Nyamira, and the Wofak project by INTERSOS in the slums of Nairobi, where AIDS and seropositive patients (men, women and children) are treated.

The images of the Team CAPO’s adventure were broadcast on ITALIA1 in collaboration with MEDIAFRIENDS.
The final aim was to raise awareness among watchers and raise money for several non-profit-making organizations working in Africa. 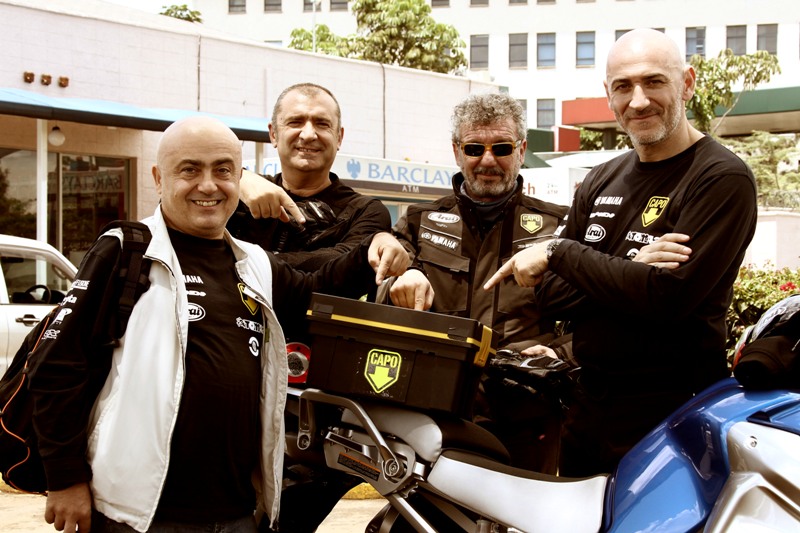 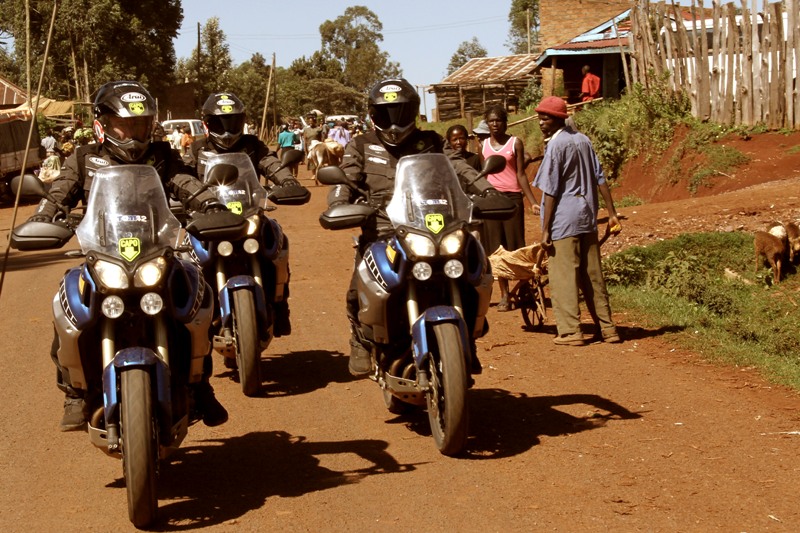 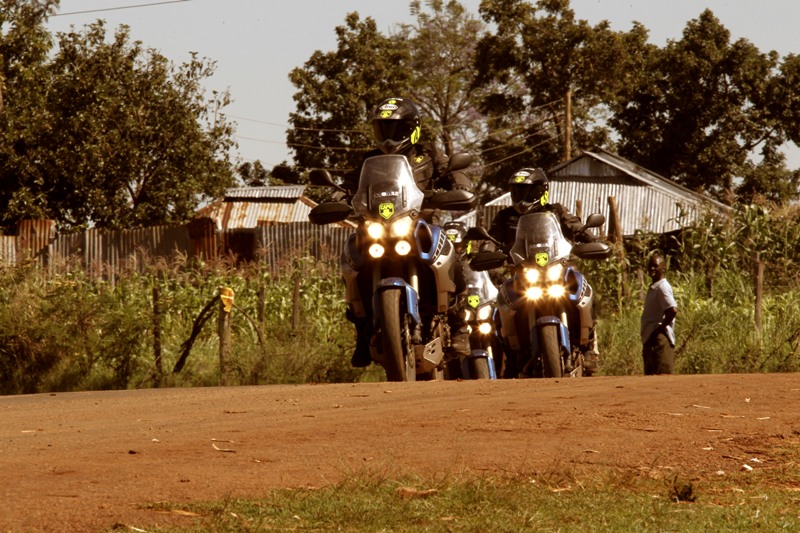 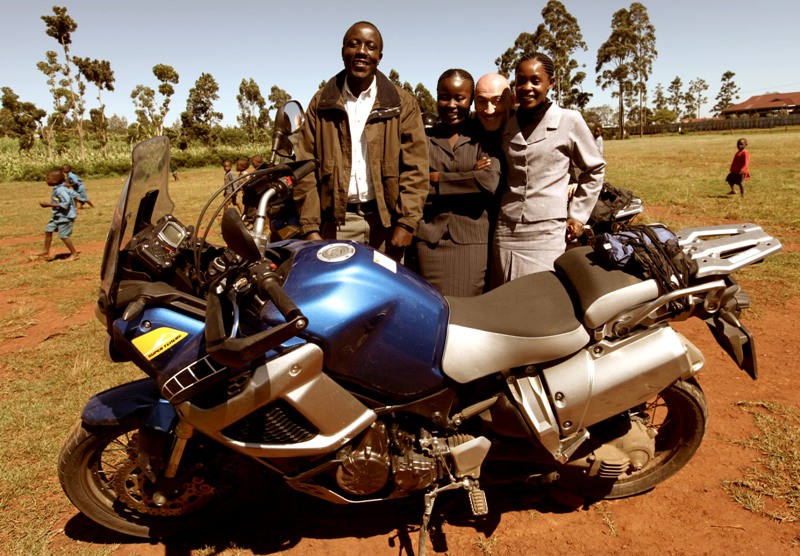 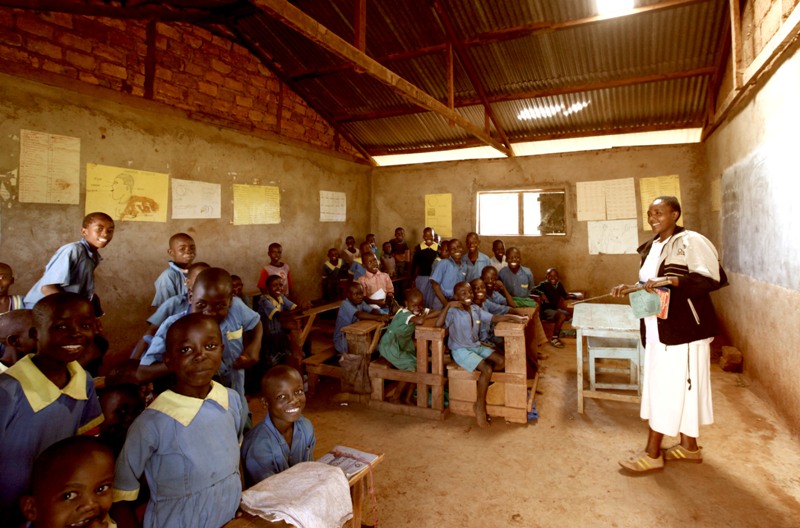 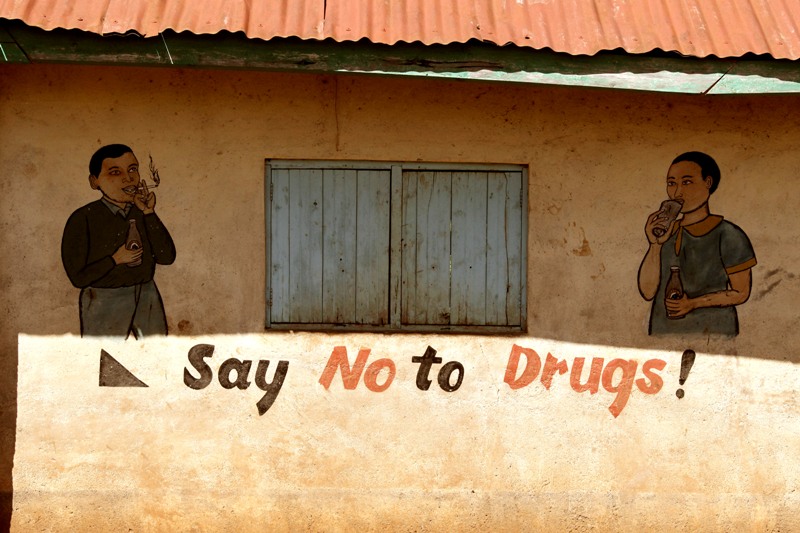 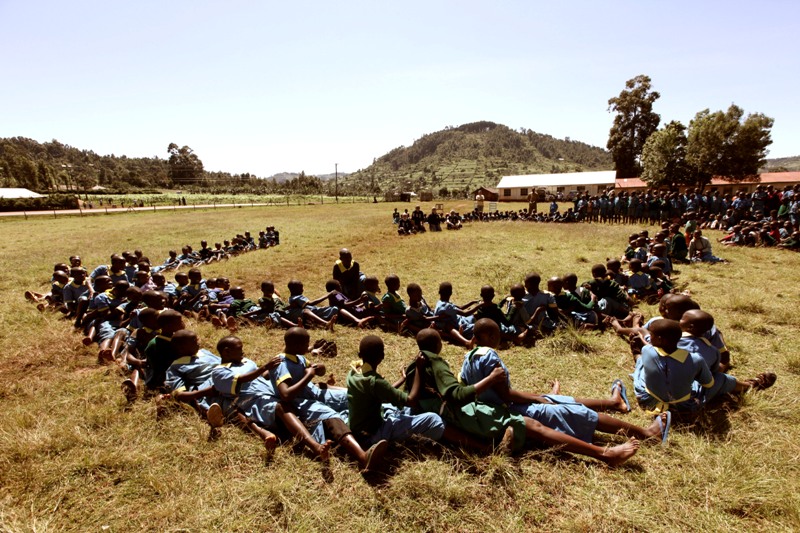 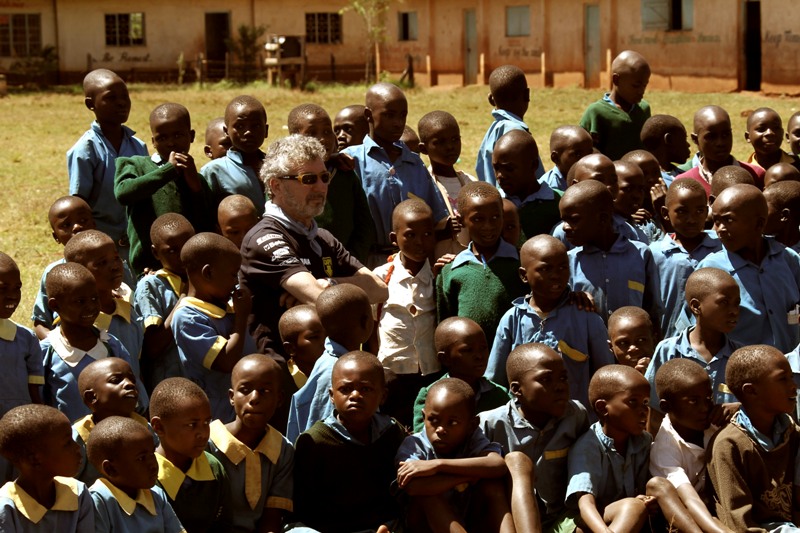 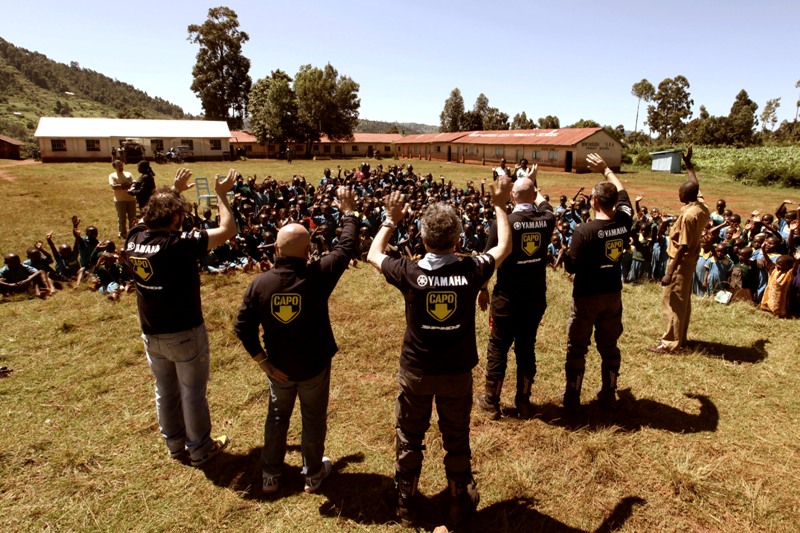